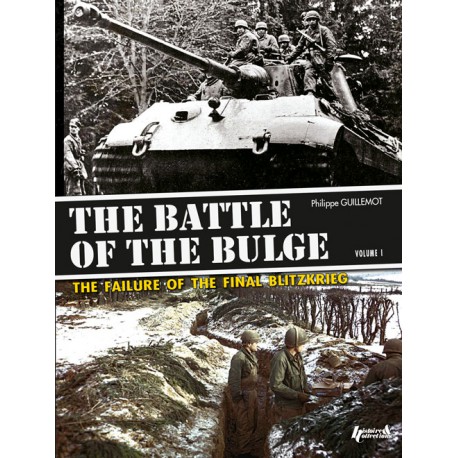 THE BATTLE OF THE BULGE - The failure of the final Blitzkrieg. Volume 1. By Philippe GUILLEMOT

In his previous book, the author discussed a little-known and insufficiently examined area in the history of the Second World War: the fighting in Hungary during the winter of 1944 and 1945 and notably the war’s final German offensive, initiated by the 6th Panzer Army in mid-March 1945.

In this new work, the author tackles a subject which is the antithesis of his previous one as much from the geographical as the reputational perspective: the famous Battle of the Bulge.

This is the first volume to be offered to readers, with an examination of the northern edge of this offensive launched by the 6th Panzer Army. Its deployment during the Battle of the Bulge represented its baptism of fire. Drawing on the examination of thousands of pages of archives focusing as much on American as on German forces, as well as an analysis of the most recent studies combined with site visits, the author reviews the northern sector of the battle for us – a sector which was to be the main axis along which Hitler hoped for nothing less than to shatter the American front, speed towards Antwerp and reverse the course of the war to his benefit.

Throughout these pages, the author invites us to follow the fierce and bloody run of the Kampfgruppen from the I.SS-Panzer Division, the failure of the Hitlerjugend in the face of the GIs’ determined resistance and the charge of the II.SS Panzer Korps. However, this book also specifically provides a detailed review of the special operations which were to facilitate the 6th Panzer Army’s achievement of its aims: von der Heydte’s paratroopers’ night jump or the operations of Otto Skorzeny’s 150th Panzer Brigade.

Finally, the author provides a detailed survey of preparations for the offensive, the combatants’ logistical challenges, the Allied information service fiasco or the suffering of Belgian civilians trapped within this inferno, in the middle of an especially harsh winter. Through this research, the author is able to reveal new factors to us, reexamining clichés and dismissing misconceptions. The reader will find among these pages, alongside a wealth of illustrations and precise maps, answers to many questions including, for instance: how was Patton able to redirect his army so quickly to go to Bastogne’s aid? Could the 6th Panzer Army really have reached Antwerp or even the Meuse river?

Why could the victorious 1940 offensive not be replicated in 1944, although the Americans were completely taken by surprise?

What were the factors explaining the failure of an army seemingly as powerful as the 6th Panzer Army, which represented the Reich’s last strategic panzer reserve and yet still assembled four full SS panzer divisions, at least in terms of men?

Finally, the appendices to this volume offer enthusiasts a wealth of information to enhance their knowledge: for those curious to examine history a little more closely, a series of archive documents has been translated and reproduced – both reports and telegrams, often from or received by the SHAEF. These enable us to approach history from a different angle. We will also find the translation of the surviving fragments of Hitler’s harangue to his generals on the 12th of December to strengthen their resolve in this battle in which the fate of the Reich would be played out. 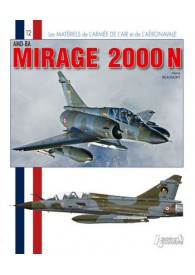 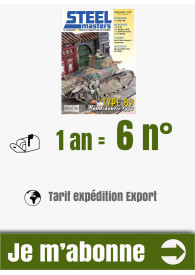 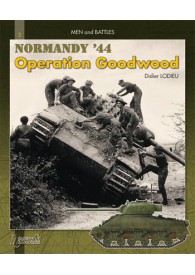 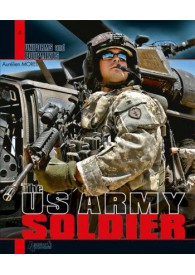